According to a NASA web site HERE, a basic police radar gun can, in theory, measure the speed of an oncoming car by sending out a single photon.  That photon hits an atom in an oncoming car as if the photon had its original energy PLUS the kinetic energy of the moving atom.  The atom cannot hold any additional energy, so it emits a new photon back toward the radar gun.  The new photon has the additional energy (and thus shorter wavelength) caused by impacting a moving object.

This conflicts with what many college text books say, since it is NOT something that the Wave Theory of light can explain if waves are viewed this way: 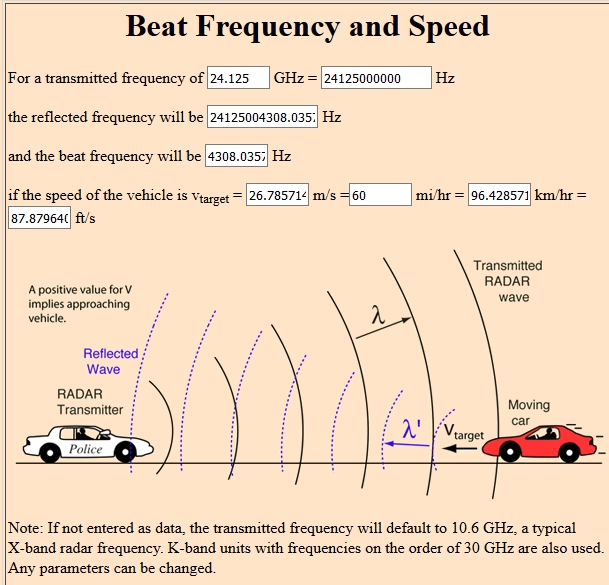 
“light is always propagated in empty space with a definite velocity c which is independent of the state of motion of the emitting body.”

Yet many many college text books claim that is NOT Einstein's Second Postulate.  They falsely claim that Einstein's Second Postulate says that light travels at c independent of the emitting body and any observing body.  Radar guns clearly demonstrate every day that that is not true.  Radar guns wouldn't work if the target received photons at c.  They work because moving targets receive photons at c+v (or c-v) where v is the speed of the target.

I'm writing about this because I have a paper about Radar Guns and Einstein's Theories available at this link: http://vixra.org/pdf/1806.0027v6.pdf and I'm looking for people's comments about it.